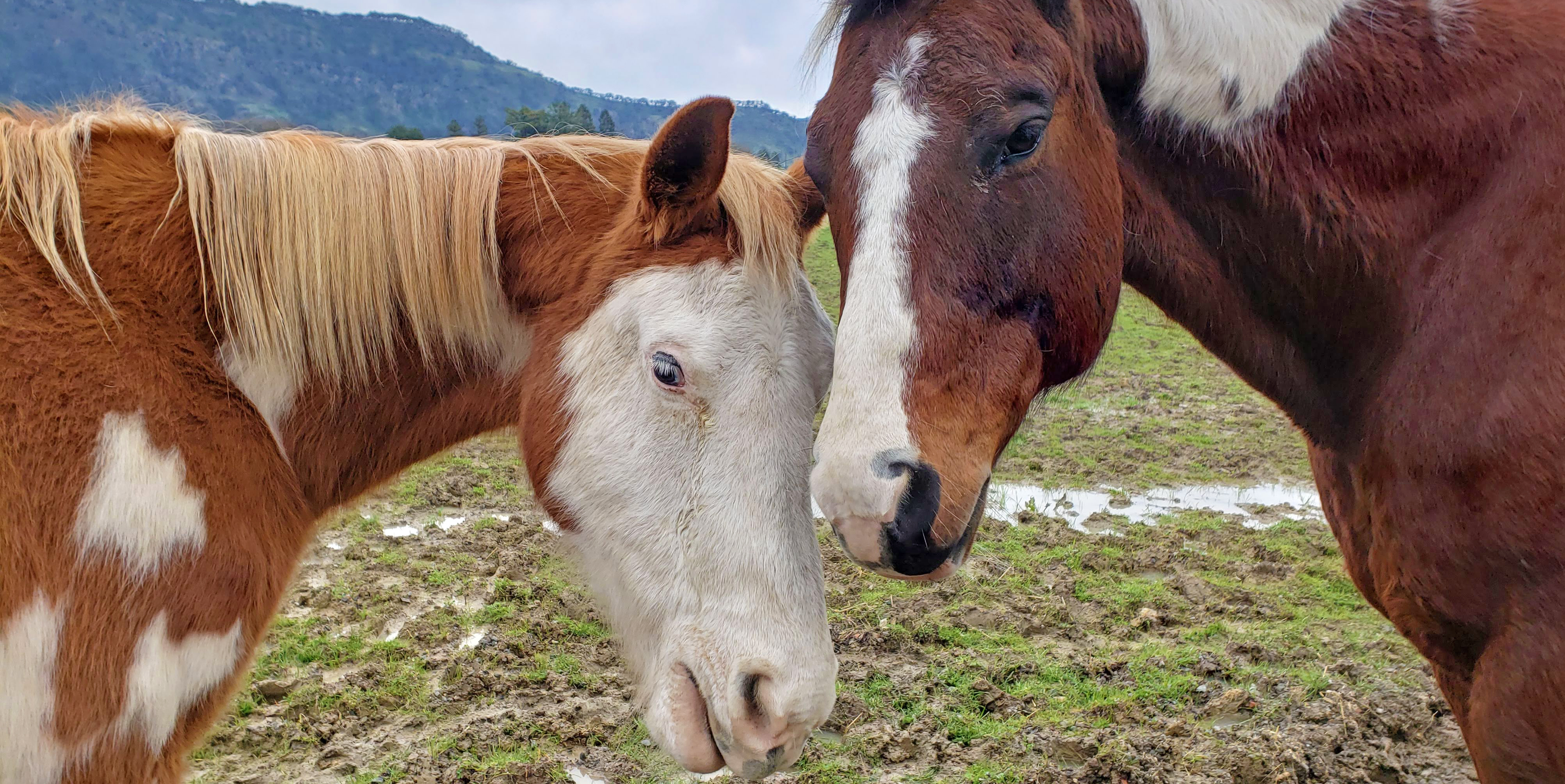 
On average, a single horse will have seven owners during their lifetime. Because these animals live long lives (25-33 years on average) and often require more care and money than new owners expect, it’s not uncommon for horses to need rehoming. In some industries, such as horse racing, horses are discarded as soon as they are no longer profitable. Many people are surprised to learn that there is a market for horse meat, and that these beautiful and revered animals that we think of as companions could end up at the slaughterhouse.

While killing horses for food is illegal in some states, a federal bill to ban horse slaughter has not been successful. There exists a thriving business of exporting horses to slaughterhouses in Canada and Mexico. Some industries send a constant supply of unprofitable horses to slaughterhouses, though kill buyers have also been known to respond to “free to good home” ads. According to the USDA, 92% of horses at the slaughterhouse are in good condition and could be rehomed. Many of these horses are under 5 years old. 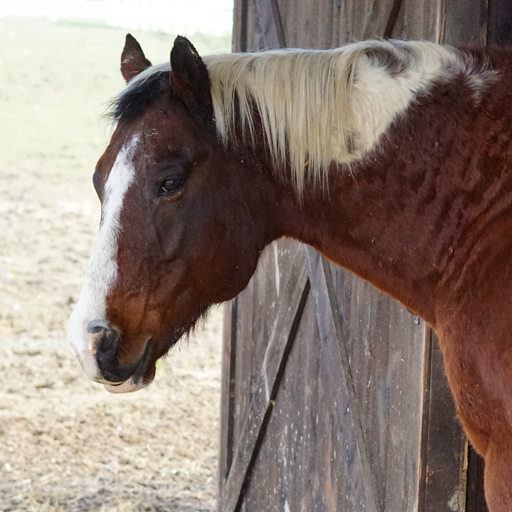 Dakota was a show horse in Canada, before being shuffled around between several new homes. His owners suspected he was lazy, but vets discovered he was lame in his front legs and scheduled him to be euthanized because he could not be ridden or perform. Instead he came to live at Charlie’s Acres when he was 18 years old and receives custom mixed joint and mobility supplements. He now lives a happy and healthy life with his pasture-mate Scotch. 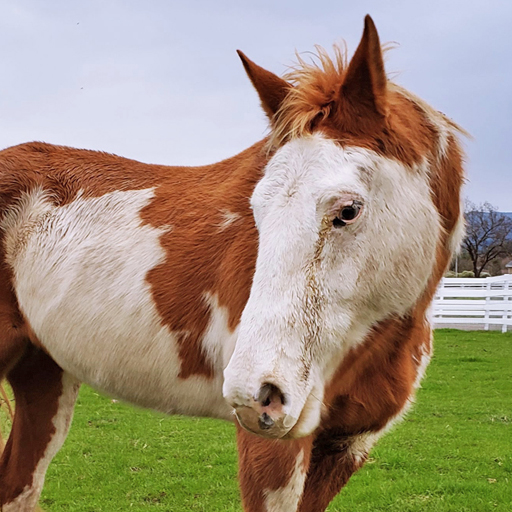 Scotch is a sweet mare who was born deaf. While all horses thrive in a group, Scotch is especially reliant on having a pasture-mate for assistance and security. When her former pasture-mate passed away, Scotch was no longer thriving on her own, so she came to live at Charlie’s Acres when she was 23 years old. Scotch and Dakota met each other on their first day at the sanctuary and quickly became friends. It’s been great to see Scotch place her trust in Dakota and to watch these two grow.

Mickey was once a champion barrel racer. He is our oldest horse resident and arrived at Charlie’s Acres when he was 28 years old! Mickey was rescued by another sanctuary in Healdsburg, CA where he bonded with his pasture-mate Vicky. In Fall of 2019, their sanctuary burnt in the devastating Kincade Wildfire. These two were lucky to escape but had no home to return to. Charlie’s Acres provided temporary shelter to many farmed animals during these fire evacuations, and we were happy to provide Mickey and Vicky with a new permanent home. 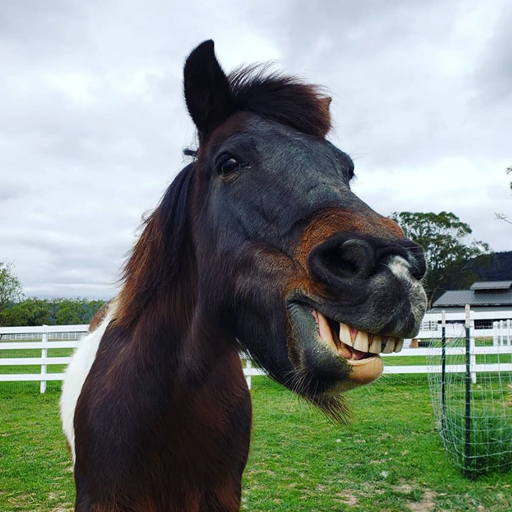 Vicky came to Charlie’s Acres when she was 15 years old and was already closely bonded with her pasture-mate, Mickey. Mickey and Vicky had already been rescued and were living live at a sanctuary in Healdsburg, CA. In Fall of 2019, their sanctuary burnt in the devastating Kincade Wildfire. These two were lucky to escape but had no home to return to. Charlie’s Acres provided temporary shelter to many farmed animals during these fire evacuations, and we were happy to provide Mickey and Vicky with a new permanent home.


- Horse relationships are ever-changing and can be dramatic. Long term studies on wile horse behavior show that many groups are based on individual preference and groups change as friendships come and go, babies grow up and move out of the group, and male-female relationships sometimes don’t work out.

- Horses can see almost all the way around them, but have two blind spots, directly in front and directly behind. That’s why you approach a horse from their side, so you don’t accidently sneak up on them!

- Horses can recognize human facial expressions and will react negatively to photos of humans with angry expressions.


Horses have many unique personality traits, but main traits are typically categorized as social, aloof, challenging, and fearful. Note that these traits are not negative, rather, will help owners examine behavior and determine the best care and handling for their horse. For example, a challenging horse may exploit timid or unsure handlers, while an aloof horse may tolerate poor handling. A fearful horse may require more patience, while a social horse may welcome any interaction – human or horse. Their unique personalities, large size, and owner involvement can make them challenging to keep, but a little extra knowledge will help you and your horses live harmoniously together. Click here for more information about how to keep your horses happy and healthy.


Find fun animal-themed activities, as well as educational and compassionate lesson plans for kids and teachers on our kids page!