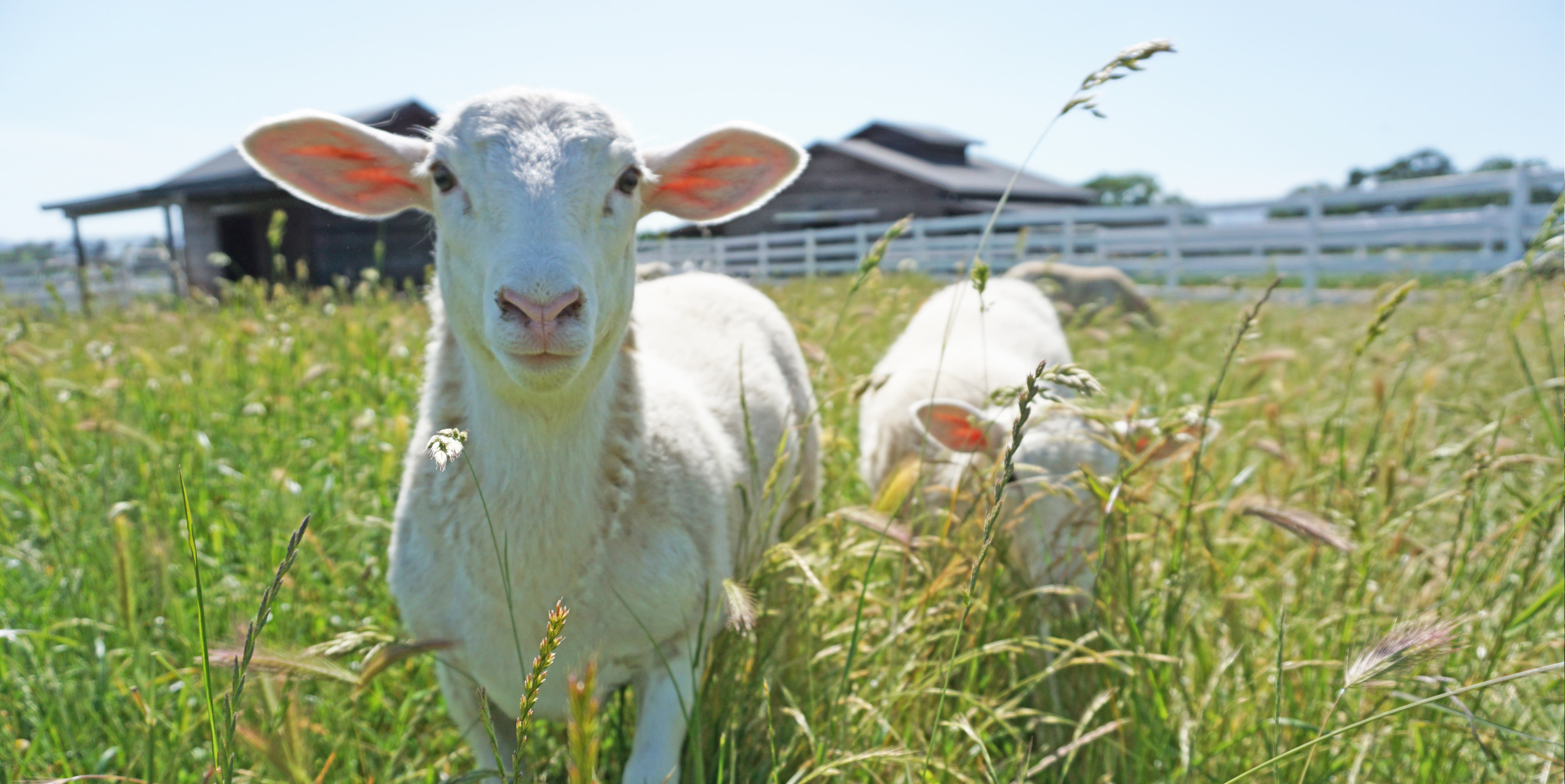 Charlie's Acres is home to 18 sheep rescued from a variety of situations.


Sheep are used in animal agriculture for their meat, milk, and wool. In all three of these industries, gentle sheep suffer inhumane treatment such as tail docking, mulesing, harsh handling, and the crowded terrifying conditions of live export. In the U.S. 2.2 million sheep are killed for their meat each year. Sheep raised for meat only live a fraction of their natural lifespan and are most often killed between 6-8 months old.

While wild sheep grow only enough wool to keep themselves warm in extreme temperatures, sheep used in the wool industry have been selectively bred to continue growing wool so that they have to be sheared. Shearers are typically paid by volume of wool rather than by the hour, which encourages fast work and careless handling which leads to frequent injury. Sheep whose wool production has naturally declined with age, are sent to slaughter, many times in other countries, so that they have to be shipped live for journeys up to three weeks.

Sheep are gentle animals who find comfort in their flock and experience fear when they’re separated from their friends and family. You can show compassion for these sensitive animals by choosing vegan foods and textiles.

Mama and Roger are one of our most heartwarming couples. Mama came to Charlie's Acres after being attacked by a dog and losing one of her legs. She had settled in as the matriarch of our sheep group and was gaining confidence on three legs, when Roger joined the group. Roger, recently blind due to neurological damage, was understandably fearful and confused, finding comfort in Mama's calm presence. Roger would become distressed when he could not easily find Mama, so we placed a bell around Mama's neck so he can always know where she is. He relies on Mama to find his way back to the barn at night and she sticks close to him, occasionally leaning on him for support. 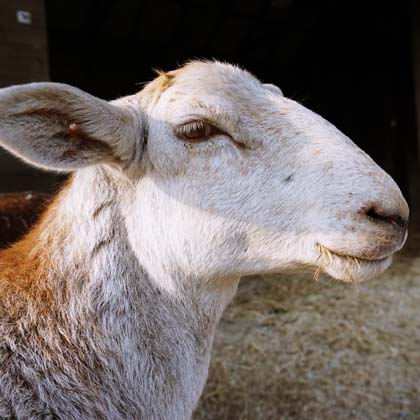 Lucy was born on a farm which raised Katahdin hair sheep for their meat. Shortly after she was born, her mother died. Lucy was bottle fed and hand raised by a foster mom who couldn’t bear to send this sweet girl back to be slaughtered so she reached out to us to provide a safe home for her. Typically lambs like Lucy would be killed between the ages of six and eight months, however Lucy's natural lifespan is about 12 years old. Lucy is still young and very goofy, often getting the “zoomies” and springing around the pasture before bed, encouraging the younger lambs to follow suit. 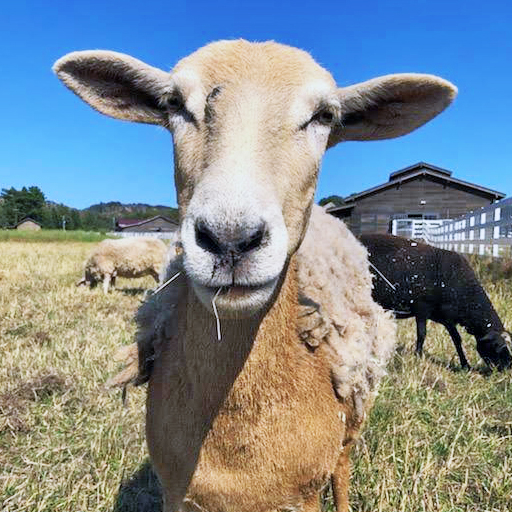 We named Joan after Joan of Arc, in honor of her strength and bravery. Joan was found in a field among cows after she had escaped her own farm. Joan had escaped along with her baby, who had a badly broken leg and unfortunately didn’t survive. After the death of her baby, Joan was extremely distraught and was one of the most fearful sheep we’ve ever had come to live here. Now that she been able to join this group and is no longer alone, we’ve seen Joan start to heal and become much more comfortable and confident. 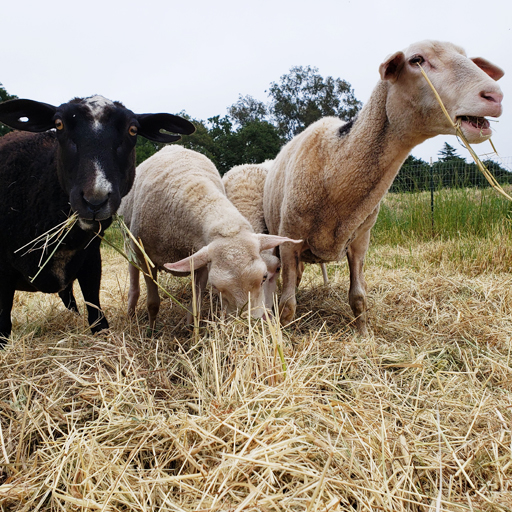 Karen, Barbara, Kirsten, Marsha came from a horrific cruelty case on a dairy farm in Kings County, California. Though the farm had run out of money to feed the sheep, they continued to milk them. The sheep were starving, even resorting to eating each other’s wool, and many had died already. Our friends at Farm Sanctuary worked with local animal control to secure legal custody of the 20 sickest sheep and 4 came to reside at Charlie’s Acres. Now that they are in sanctuary, these girls have gained weight, their wool has filled out, and they find security in their fellow sheep friends. They’re even starting to come around and trust humans again, growing braver every day.


- Sheep wag their tails like dogs when they're happy being pet and often show affection by nuzzling with their head.

- Sheep have long, horizontal pupils which allow them to see almost 360 degrees around, meaning that they don't have to turn their head to know someone is sneaking up on them.

- Sheep have complex inner lives and are able to experience emotions such as fear, anger, rage, despair, boredom, disgust, and happiness. They build friendships, stick up for one another in a fight, and feel sad when a loved one dies. Source.

- Sheep can recognize emotions from facial expressions and prefer a smile to a frown.


Sheep are loyal, sensitive, and sweet. With the proper environment and care, they can make wonderful additions to your family. Click here for more information about how to keep your sheep happy and healthy.


Find fun sheep-themed activities, as well as educational and compassionate lesson plans for kids and teachers on our kids page!